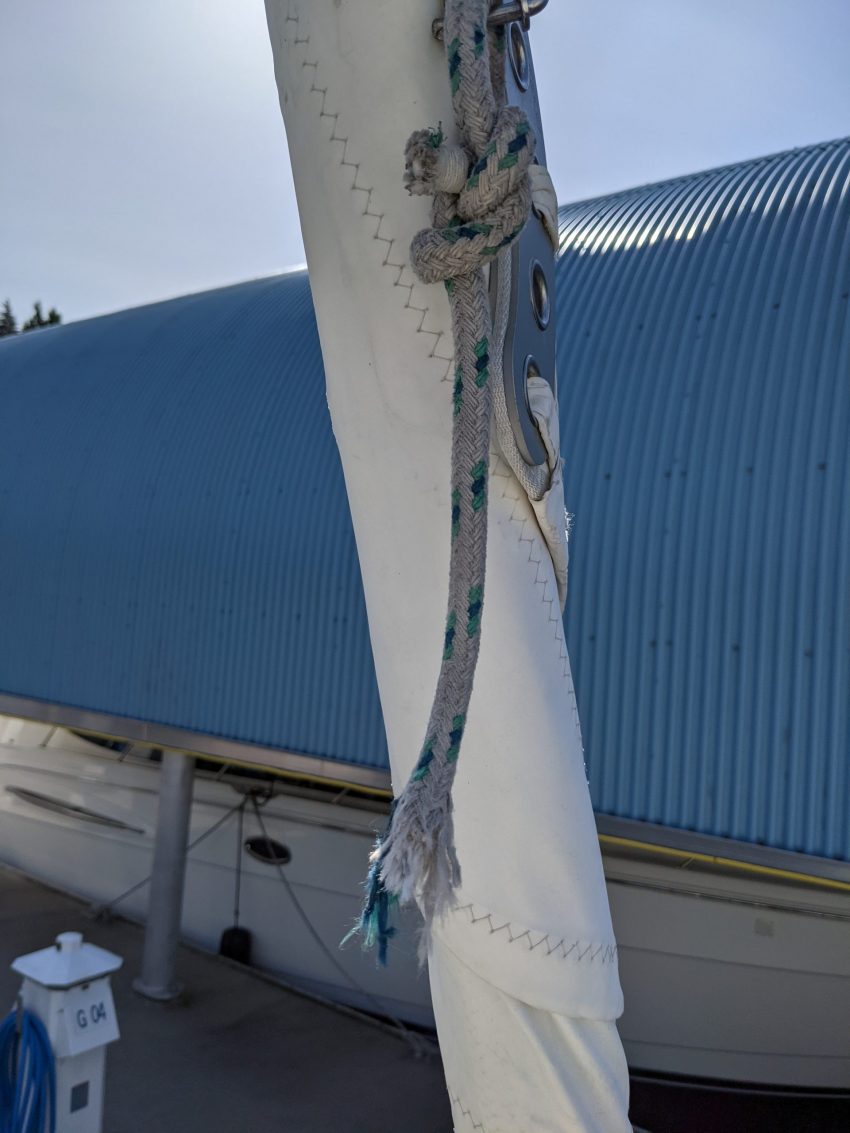 Modern ropes last a long time in general, but all are subject to UV damage and general wear and tear.

I live in British Columbia where UV is relatively low, particularly in winter. But due to our generally mild weather, I use my boat all year round. My boat is now 20 years old, and much of the running rigging is original. The Hanse factory used Dacron double-braid, mostly generously sized. There was nothing hi-tech about the rigging.

In 2018 I bought three new sails. At that time I replaced the main and jib halyards with Spectra(or Dyneema) core with a Polyester cover double-braid. This is available from a variety of makers, including New England Ropes (US) and Marlow Ropes (UK). I used Novabraid Polyspec.

Shortly after that I added a retractable sprit and a top-down furling asymmetric spinnaker. This required a new low stretch halyard, and very long sheets. I used Spectra core floating line for them. This has a polypropylene cover.

Recently I replaced the genoa sheets (actually used part of the old genoa halyard for this, the part that “lived” inside t5he mast and was thus not exposed to UV. The only two original lines with a critical function remaining were the mainsheet and the self-tacking jib sheet. Both of these live “outside” so get the maximum UV exposure. Both were made of fairly heavy 1/2 inch(12 mm) polyester (Dacron).

Yesterday, sailing on a reach in about 15 knots true, the jib sheet parted, and the sail flogged. I furled it up without damage. The sheet broke about a foot from the clew. Usually lines break at a stress point such as a knot or a block. In this case it was neither. The line broke between the block and the clew of the sail.

In order to keep sailing, I just tied the end of the broken line to the clew. However, I no longer trusted that line, so today I replaced it with new polyester double-braid. I didn’t use the expensive hi-tech line since I never use the small self-tacking jib when racing. I plan to replace the mainsheet next, before it has a chance to fail.

In a tropical area, or high sunshine location, you should replace the running rigging every six to eight years. I should have changed mine sooner than I did. If you replace the rigging preventively, you should never experience the failure I did.