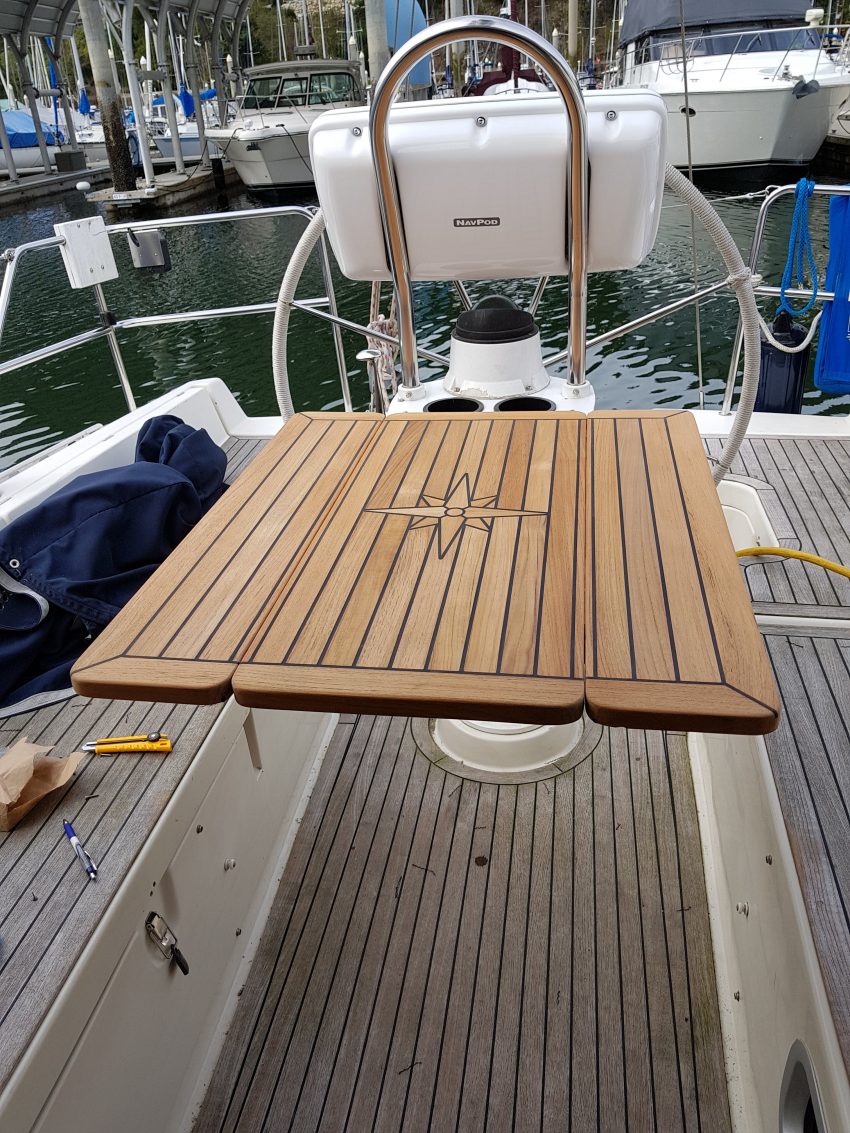 A cockpit table is a great convenience. When Tangleberry was new a friend made a table for us out of laminate faced plywood. It served well for 15 years but finally wore out. I bought this table top from Defender. It is beautifully made and the price was reasonable. I considered making my own, but once I priced out the teak I realized that would not save much money, and I doubted my ability to make one this nice.

The original table had a fold down leg for support. It was often kicked. This time I decided on a diagonal support which would not interfere with the crews’ feet.

I made my own support strut from 3/4″ alloy tubing and some top fittings intended for Bimini mounting. There was already a hook on the pedestal with an adjusting allen screw, so I used that. I made a black Starboard block, 18mm thick, from some material I had on hand, and bolted it to the pedestal plate which has holes for the drink holders, and a hole I cut for an Anchorshade umbrella. The block was cut out for those holes. There were already suitable mounting holes in the plate for mounting the block.
I hinged the table with what used to be called “typewriter hinges” when everyone knew what that meant. Nowadays they are called loose pin hinges. One pin is longer than the other making it easy to line it up. The table can be removed without any tools.

I finished the wood with Cetol Natural Teak. This looked great but it made the caulking sticky. After a few days the wood was dry but the caulking was still sticky. In desperation I dusted it with talcum powder, let it sit for a while then brushed off the residue with a damp paper towel, Problem solved. The next season I sanded lightly and re-coated the Cetol (using a rag, not a brush). The stickiness did not return,